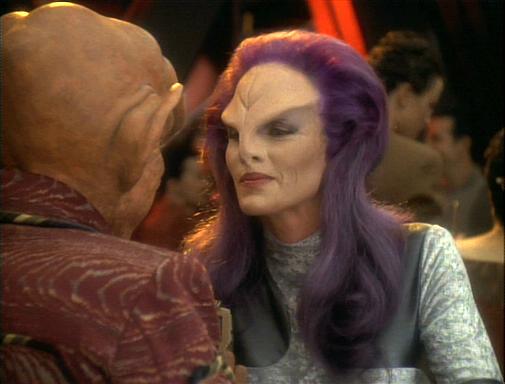 Boslics are a space-faring species similar in many ways to the Ferengi. Curiously, they have been shown with two very different facial structures during several appearances in Star Trek episodes. They tend to live in large family groups aboard freighters and are accomplished traders and bargainers.

Some effort has been made to expand on the limited canon information on this species using the wiki article: Boslic, but it needs your help!