Everyone wants to create interesting, fun and memorable PCs, and there is plenty of advice available online on how to do just that. What makes this guide a little different is that it was created specifically with Star Trek RPGs in mind. Being a very special and distinct genre with a large amount of canon material to draw from, they require a slightly different approach to more free-form games.

Most guides start with ‘choose your character’s name, age and sex’. When creating a Star Trek character, choose your species first. This will have a profound impact on the other facets of your character. Think carefully about what you want to play and why, because hopefully you will be playing this character for a long time. Do you prefer the comfort of a Human character, the challenge of a well-known alien species, or the freedom of a species that is only touched upon in the canon works? Head on over to the Intelligent Lifeform Index – Permitted Species list and read through a few descriptions if you’re not sure.
Remember that people play Star Trek RPGs for the love of a world that is already highly developed, and they expect to see known species played according to the canon material, so read up on your chosen species. If you are going to vary from what’s been established in canon you need to have a good reason why; nothing wierds out crewmates like laughing Vulcans, frigid Deltans or frightened Klingons. On the other hand an established alien race played well fullfills that desire we all have to play in the Star Trek universe we know and love and is enjoyed by all those who interract with them. They can also be a lot of fun and immensley satisfying to play.

Now that you’ve chosen your species, head on over to Memory Alpha, the Star Trek Wiki, and look up your species (unless they’re a non-canon SB118 creation like the Laudeans, in which case use the SB118 Wiki). Find the link on the species page that says ‘List of <chosen species>’ and you will get a series of links which are names of specific canon characters belonging to that species. Have a look at the type and format of names used, then create a name that is similar, but the not the same, as the names listed. As with everything a moderate amount of variation makes a character interesting, so don’t be afraid to use a name form that seems to be in the minority, but again if you want to differ entirely from the established pattern there should be a good in-character reason. Belonging to a different race or culture of that species is a good reason for a little leeway.

Again this is affected by your species. Most cadets who go straight from school to the Academy will be around 22-23 Terran years old by the time they graduate. If they are a mature age student they will be older, potentially anywhere up to their 40s or 50s. Long-lived species such as Vulcans and Denobulans could be considerably older still. Commander Tuvok celebrated his 100th birthday whilst on the USS Voyager, as well as the birth of his grandchild. Dr McCoy had been married, divorced and had a daughter. It can be very character building to have your PC have some adventures or even a whole life and career before joining Starfleet.

For most species this is an easy question and you will have the usual choice of two; male or female. If you are playing a Laudean there is also lomale, while Andorians have four sexes. Again, familiarity with your chosen species is important. Choose whatever feels right for your character, and don’t be afraid to crossplay, a lot of people do.

What does your character look like? Again, begin with the givens for their species. Andorians are predominatly blue skinned with white hair, and often tall. Klingons have heavy brow ridges, Vulcans and Romulans have pointed ears and upswung eyebrows etc. From there you can get creative. Consider things like their build, the shape of their face, the way they move, how they wear their hair. Little details like freckles, the fact they’re going bald, a small scar from their childhood or a swimming-costume sun-tan can really bring a character to life. Resist the urge to cover your character in scars and tattoos, rainbow hair-dye and gothic make-up, these things get over-done. Think about why they look the way they do. How much of it is genetic, and how much of it is lifestyle? Are they muscular because they exercise? Are they moon-tanned because they’re a workaholic scientist who never leaves the lab? Are they an Engineer and often have grease stains on their clothes? There is a wide range of possiblities and here is where you can begin to define your character.
This is also where you can start thinking about a picture or pictures to use as your character’s avatar. Avoid pictures of canon characters unless they are very minor cameos, but feel free to use them for inspiration. Most people use pictures of celebrities as these are easy to find on the web, and there are a number of SB118 players who have photoshop skills and are happy to alter pictures to fit different species. Also feel free to demonstrate your own artistic skills!
These are the basic considerations for creating the basics of your character, which will give you the first stage of their development and what other players will initially perceive on meeting them. In Part 2: Character Concepts I will look at developing your character’s personality and background, which come out through RP and character interraction, giving your character depth, influencing their actions and making them all the more intriguing. 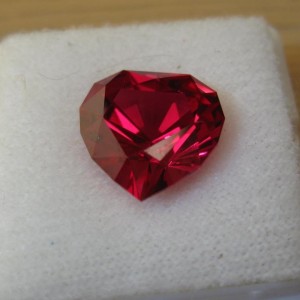