The End of an Era: Saying Farewell to the Space Shuttle

The End of an Era: Saying Farewell to the Space Shuttle

With the final space shuttle launch, a great period of technological advancement as man reached out into space will come to an end. For me, this holds a special place, as I had the fortune to grow up minutes from the Kennedy Space Center complex, and though I no longer live there, the memories of everything will stick with me forever.
The Space Transportation System (STS) was a marvel of engineering and technology when it was conceived. Though it had been thought impossible, the ingenuity of man, along with a huge team of dreamers and thinkers, made it happen. And seamlessly, mankind moved from expendable rocketry to reusable and viable space transport. It was the birth of a new era; one from which we have derived soda cans, Velcro, Light Emitting Diodes (LEDs), Aircraft anti-icing systems, groundbreaking medications that can be made only in microgravity, reverse lightning rods, fire resistant housing materials, an implantable heart resynchronization device, better and cheaper manufacturing methods for contact lenses, lightweight lifesaving equipment for emergency personnel, better methods of forecasting severe weather, and of course, Tang, the orange powder drink so often associated with the space program.
The list goes on and on, lending bleeding edge ‘Star Trek’ type technology to the modern world. Without the shuttle program, the world would be years behind the times. So it is only natural to bid these workhorses of the NASA fleet a fond farewell as we move into a new era of spaceflight.
To do this, let me take you on an ‘insider’s tour’ of the most iconic places at Kennedy Space Center, Florida.

No matter where you are in Brevard County, if you are near the water, you can probably see the Vehicle Assembly building rise up in the distance. It’s an icon that has become a permanent resident in the landscape of the county, lending even identity to the narrow land along the Atlantic Ocean. Though it might look small from far away, in reality it is 526 feet tall and covers an area equal to 8 acres!

Originally built to house and construct the enormous Saturn V rockets, the inside of the building makes you feel as if you are only a tiny spec on the floor. Yet, you enter through a tiny door that is almost invisible against the huge mass of metal and steel.

Once inside, you can’t help but look straight up. Once you do, you will be able to see the specially designed cranes that are used to ‘mate’ the Space Transportation System components. First, the solid rocket boosters are attached to the external tank, and then, the orbiter is lowered into place and secured.

These cranes are one of the most sensitive sets in the world, and they have the ability of setting the shuttle orbiter down on an egg on the floor of the high bay (the VAB is comprised of both a low and high bays) without so much as cracking it.

Before the shuttle can be mated to the rest of the STS, it has to be processed. This takes place in the Orbiter Processing Facility (OPF) and entails checking every single one of the thousands of tiles on the orbiter. Damaged tiles have to be replaced, along with any damaged insulation under those tiles (thermal protection sheets known as ‘blankets’), and other hardware that is not up to the high NASA specifications. Finally, a machine called the ‘Step and Gap’ machine goes over every inch of the orbiter to ensure that there are no gaps or holes in the thermal protection system.

I was there when Columbia came home for the final time. A caravan of red semi trucks, each with a white star on the sides of them drove through Titusville, Florida on their way to Kennedy Space Center. They were escorted by four Brevard County Sheriff’s cars. There was no welcoming committee, nor a parade. In the silence, those trucks made their way home, where we would finally begin to piece together the problem, and find a solution. Not too long after, getting Discovery back in space became one of the biggest priorities.

And here is the view from inside the OPF, with the shuttle Discovery undergoing the restoring process before it is sent to the VAB to be mated to the other components of the STS.

The scaffolding makes it difficult to see the marvel beneath, but it sure does make it easier for the workers.

Ever since the tragedy of 9/11, security at the Space Center has been incredibly tight. Thankfully, we were able to head out and take a look at Endeavor, as she prepared for her launch later that month. In this picture, you can see the banner that is put up for each flight, as well as one of the two Crawler transporters; vehicles that ferry the STS to the pad and back if needed. Each Crawler transporter weighs about six million pounds and can travel at a top speed of 3.5 miles an hour unloaded, or 1 mile an hour loaded.

We move further up the drive to the base of the launch pad itself. As we get closer, we see that the shuttle is not readily visible. A hinged piece of the pad known as the ‘swings’ can be moved to protect the shuttle from weather or any other dangers. The swings were closed today due to our proximity.

Even the launch complex itself is technologically advanced. From the three hundred thousand gallons of water dumped below the pad just before launch from the Sound Suppression System, to the emergency egress options available since the fire of Apollo 1, the sheer ingenuity behind just the pad is awe inspiring, especially from the close and personal view.

A Farewell to the Fleet

The space shuttle fleet has served humanity well over the thirty years since it began flying. Now, as we say farewell, it’s almost as if we are saying goodbye to a part of ourselves. The will to explore is something embodied by the space shuttle project, and every dreamer, doer, or builder that just wouldn’t take no for an answer. To them, we are forever in debt, for because of them, we can now say that mankind is no longer a stranger to the great beyond. 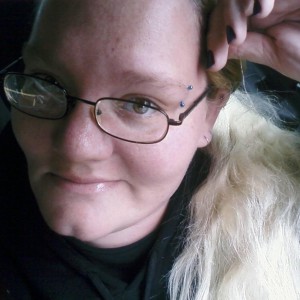