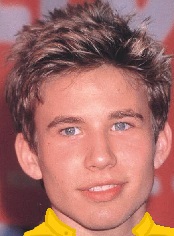 In the realm of line officers, the ones on the bottom are usually looked at last, yet they are the ones that keep the ship alive. In this segment of Lower Decks we are going to take a look at Lieutenant (JG) Jaxon Mc Ghee, Chief Engineer for the Embassy on Duronis II, and the USS Thunder.

Each character starts differently. It is a birth that is conceived in the mind of the writer. Over time, our characters grow, learn, and strive to be better. Our characters develop goals, and they come to life through the writer. When it came to Jaxon’s goals, his writer says “Short term goals would be to bring Joel to Til’ahn and develop his character in this new environment.” Joel, is the 14-year old son of Jaxon Mc Ghee. When an officer begins their career, their long term goals are mostly seeds waiting to sprout. Sometimes, we only know what paths we do not wish to take. For Jaxon’s long term goals, he says “Jaxon has no intention of receiving his own command; he lives for his job.” The character of Jaxon is 1/8 Vulcan, so I was curious how his writer tied that in. “Jaxon was brought up by his grandfather S’Kendel, a Vulcan master who showed the youngster how to control his violent Vulcan side. As a result Jaxon is rather a quiet addition to the Thunder’s crew. He has a tendency to get easily roused though his anger is directed more at the rest of the galaxy. He tends to meditate and reflect on his problems and as an outlet for his Vulcan genes he regularly exercises in various sports ‘to let off steam’.” he says.

Serving, in any capacity, at a Federation Embassy is an honor for any officer. Even though the role is mostly diplomatic, the Embassy has state of the art equipment. I asked him to describe the Engineering section of the Embassy, and he defined it as this, “Our ‘Engineering’ is in fact a multi-floored complex that serves all the Engineering needs of the Embassy.” Jaxon also gets his warp core fix when he is deployed on the USS Thunder. It is the best of both worlds.

The Laudean people are unique, and interesting. They have a powerful fielding ability that enables them to sense energy fields. Having an Embassy there, means that the officers are far from the Sol System. I asked how the character dealt with being so far away, and his writer states “From a family standpoint; Badly. Jaxon also has a teenage son (Joel, 14) left at home who isn’t pleased that his father is living and working a few hundred light-years from home. Joel is currently not on speaking terms with Jaxon, which is a burden to Jaxon who is also a single parent.” There is a benefit as well. “Then again from a duty standpoint; it was the best thing that could happen to him. As an Engineer, Jaxon has the unique opportunity to work with a species trying to find it’s place in the galaxy. The technical world that lays open before him may be antique, but Jaxon is enthralled with getting to know the locals.”

Our Summer Blockbuster is underway,and the Embassy was the first to kick off their mission. Jaxon’s writer revealed that his character would be facing some personal conflicts during the mission. It is always interesting when the past comes knocking.

Want to refer a character to be featured? Contact Captain Andrus Jaxx!